Independence Day: my first July 4th as an American citizen 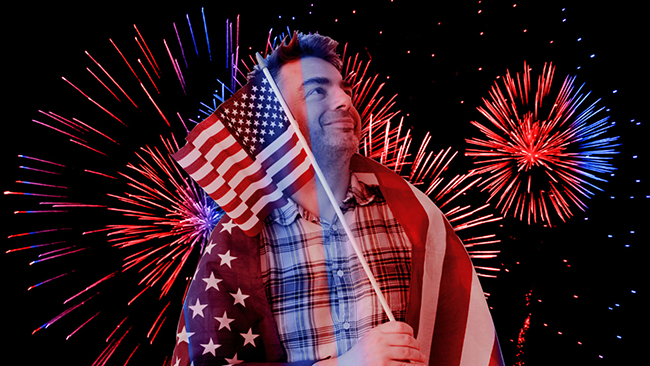 There were 101 of us from 33 countries on the third floor of a federal building in downtown Manhattan last Thursday morning, all there for our naturalization ceremonies as new U.S. citizens. In a neat stroke of timing, this set of personally momentous moments would happen before July 4th,

We sat next to each other—smartly dressed and no sneakers, as instructed—in tightly packed rows of chairs, and we listened to the words of the welcoming and smiling officials whose job it was to complete this last stage in our citizenship processes. We were nervous. When one officer brightly greeted us with “Good morning,” our mumble led him to ask for us all to liven up. A video was shown of former Secretary of State Madeleine Albright talking, wonderfully eloquently, about being an immigrant and becoming a citizen.

We were given little American flags to wave, which we did enthusiastically, and inside the envelopes we were given there was an application form for a U.S. passport, the Oath of Allegiance, and a list of what our new responsibilities as U.S. citizens were. There was a booklet of the Declaration of Independence. We stood and said both the Pledge of Allegiance and Oath of Allegiance. “The Star-Spangled Banner” played.

Most moving were the words of welcome of the lead official, beaming at us and happy for us. She knew what this moment meant: She too, seven years ago, had been sitting where we were. We gave her a loud whoop. Smiling faces are rare in the immigration process, and hers was most welcome—especially so, as the language and tone around immigration has become so dark and forbidding.

Over several years since arriving in America (me from Britain) on different kinds of visas, in our mission for green cards and now naturalization, we 101 had all shuttled from office to office with birth certificates and ID cards; we had given fingerprints; we had been interviewed about American history, politics, and culture; we promised to abide by laws, and pledge our loyalty to the U.S.

We had “the rule of law” down rote. We knew the number of members in the House of Representatives. We knew why the British were rebelled against. (For your very own Independence Day test, this is the selection of 100 set questions immigration officials choose from for the naturalization interview.)

We didn’t know each other, the 101 of us last Thursday, but the one thing we shared was the administrative process of becoming Americans. That process was different for each of us depending on circumstance. The emotions and extremes of all those personal journeys were visible for both the 101 people there and their loved ones, who at the end of the ceremony excitedly took pictures of their newly naturalized family and friends in front of a model Statue of Liberty, a statue originally conceived as a Muslim peasant woman.

For some, the citizenship process can be arduous only in an administrative sense; for others, it marks years of great struggle, sacrifice, and challenge, both material and personal. One looks around a room like the one I was in on Thursday and imagines 101 very different stories—and you can feel every complicated knot of those narratives in the charged feeling of the room. To get to that ceremony, every one of the 101 had overcome all kinds of obstacles, motivated by the belief in a new life.

The naturalization ceremony is both solemn and celebratory. Afterward, I went, as recommended by the officials, to get my social security details updated, to order my first U.S. passport, and to register to vote. If you have ever immigrated anywhere, you will know the many hoops of administration and form-filling; the questions and proofs of identity—and yes, this was another one of those rounds, but this time it was also, thrillingly, a privilege.

Many people have asked me, “Why?” in both serious and joking tones in the last few days, about my application for naturalization; why did I want to become American? The point, for them, is that this country is at a low point in its politics and culture. They want to know, with many rollings-of-eye, why would I want to become part of it?

My answer may sound hokey, but perhaps many immigrants and new citizens may share elements of it. America is, and has become, our home. Parts of my grandparents’ families had been immigrants to Britain; from America and Ireland, and from Eastern Europe at the end of the 19th century. Need and a desire for a new life, for opportunity, for an escape from persecution and poverty, had driven them. In his autobiography, Footprints in the Sand, my grandfather Louis Teeman had written about growing up in the Jewish ghetto of the Leylands in Leeds in the U.K.; old and new worlds, traditions, and identities in daily, enlivening clash and renewal.

Immigration and citizenship is part of so many families, both now and long ago. It can be urgent, enforced, a wonderful opportunity, or a fleeing from something terrible. Whatever it is, immigration is both part of human experience, and one of the great narratives of human experience.

It is part of how we get to know the world, and part of how the world renews and reorients itself. We search, travel, and find; “immigration” is the dry administrative term for the most essential of motivations. The various limitations around immigration today and the rise of nationalism in some countries stands square against this spirit: the antithesis of the quest are implacable borders and high walls.

The stop-start mechanics of the full citizenship process take place over a period of several years for all immigrants alongside the stuff of daily life: work, love, friendship, and, yes, politics. New citizens don’t suddenly become so; they moved to America some time ago and have seen cycles of culture and politics unfold before them. They have worked hard and put down roots.

The rhetoric of the current debate around immigration touches all immigrants and new citizens, and some more perilously and unfairly than others. But their daily lives, the people around them, their experience of living here and being here, does not match the rhetoric: that, and a determination for a new life, keeps them both true to the process and committed to becoming a citizen whatever is said by politicians.

You can see in the joy of people’s faces at the naturalization ceremonies, and their happy tears and hugging of loved ones, that they want to be here.

It was moving to be at Thursday’s ceremony because we new citizens were all there, coming from such different places (in every sense of the word “place”). Becoming a citizen is a statement of strength, belief, purpose, and engagement, and that in itself stands against the most poisonous words and deeds in today’s body politic.

As coincidence would have it, the inspirational officer leading our ceremony had a few minutes before taking my green card and processing the final bits of documentation before the ceremony.

“You get to keep that wonderful accent. You won’t lose that,” the officer said, smiling. It was both a welcome, and a welcome of difference: the best of what immigration—and new citizenship—can be. 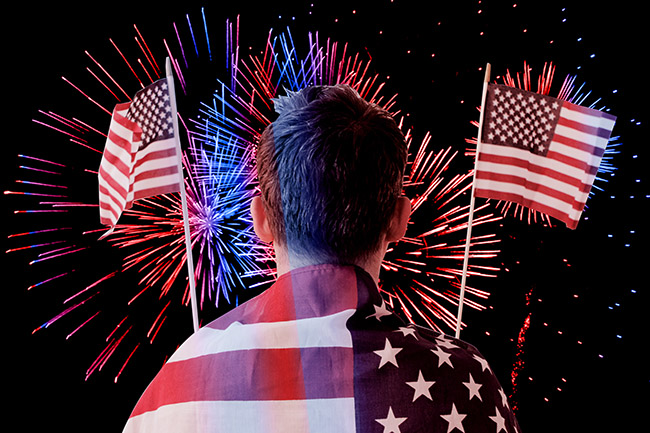 This trans teen’s obituary went viral. Her family reflects on their love, grief, and anger.

This gay man escaped from Afghanistan. America has abandoned him in a ‘terrifying’ limbo.

Prince William and Kate Middleton want their American fan base back